So, I just found out this week that there is an Animorphs movie in the works…. Umm…..Well that’s cool. Anyway this revelation made me finally get around to poking at an RPG adaptation for bits of this setting using Cypher System. It’s not perfect, but it was fun to work on. Enjoy! 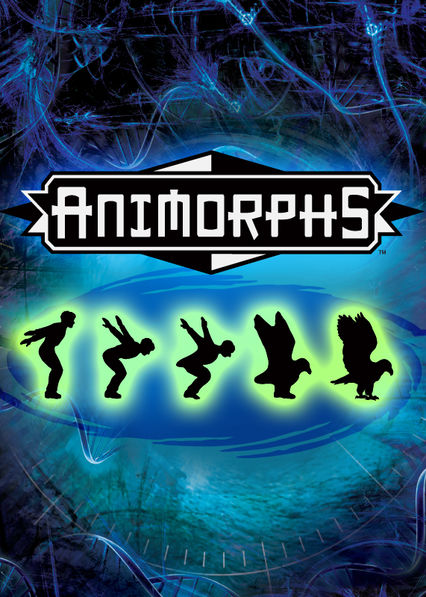 Note: I do make extensive use of links to articles on Seerowpedia, a source of relevant  information compiled by people that know the world of Animorphs far better than I.

Types: I would recommend using the types presented in Modern Types by Peculiar Books, excluding occultist (unless you want to mix in supernatural elements. However, the types listed in the Cypher System rulebook are perfectly fine, though the more mystical abilities would need to be swapped out.

Starting Pools: For more gritty realism, in keeping with the source I recommend using the following for determining starting Pool values in place of what is normally listed with the types being used.

Foci:  In general any focus suitable for a modern genre game(O244/R263) is reasonable fit for an Animorphs game. Though allowing foci suggested for science fiction games (O250/R272) would be reasonable for characters of alien races.

Effect: If a living creature, whose anatomy is based on organic material, touches this device while it is held by another creature that has already been affected by that creature gains the following abilities: acquire, morph, and though-speak(only while morphed). (new abilities detailed on page 2)

Drawback: Creatures granted the ability to morph by this device can only remain morphed for two hours. Any creature that exceeds this time limit becomes trapped in their current form permanently, becoming what is known as a “Nothlit”. Such creatures loses the acquire and morph abilities, but maintain the thought-speak ability.

Use of an Escafli device should be the usual means by which players are granted the ability to acquire DNA and morph. Gaining access to such a device and receiving these abilities, should probably be something happens within the first session of a game. Though having it occur offscreen prior to the first adventure, or during a session 0, would also be reasonable.

Effect: This device can also be integrated into another computer with a difficulty 7 Intellect task. A creature using a computer equipped with this device eases all tasks against computers, networks, robots, and similar systems by 4 steps. Additionally, as an action, a Chee in possession of this device can remove or restore their Hard Coded Pacifism ability.

Effect: A creature implanted with this device can understand any language they hear or read. Though the meanings of idioms, highly technical information, or other esoteric knowledge may not be clear to them.

An Animorphs game could make use of manifest cyphers, due to the presence of advanced alien technologies.   However, like most modern games a mixture of subtle cyphers and assets (see Asset Deck) would be a natural fit. That said, the following is an example of a setting appropriate manifest cypher.

Effect: A Yeerk who’s host consumes this substance, can go without returning to the Yeerk Pool and absorbing Kandrona rays for three days without suffering any ill effects.

Yes this is cypher is Esplin 9466 Lesser/Joe Bob Fenestre‘s ground Yeerk powder. However, it id something that could be occasionally tossed into random cypher “drops”. This cypher could also be left for the characters to find by a mysterious and sinister benefactor. In both cases the occasional appearance of this cypher would help with the playability of Yeerk players who might not have easy access to a Yeerk pool.